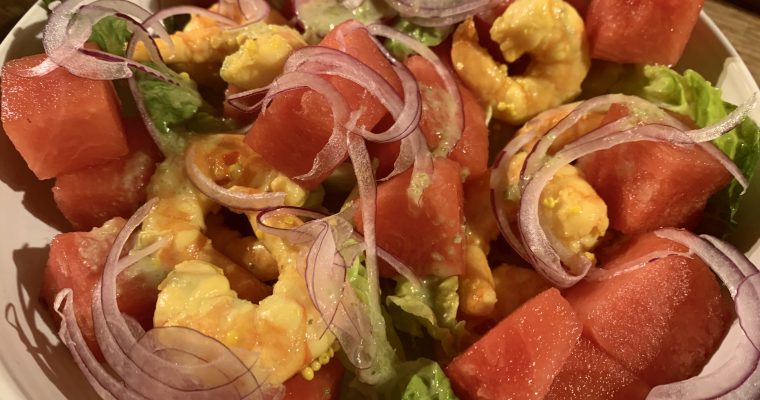 A good watermelon is hard to find around these parts, and I saw that Riverford had some small watermelons available, I knew I had to have some. I was immediately reminded of a recipe I had made some years earlier, from Sean Brock’s Heritage book.…

Books, Curing, General, Nothing But Books, Recipes
-
by dopiaza
-
0 Comments 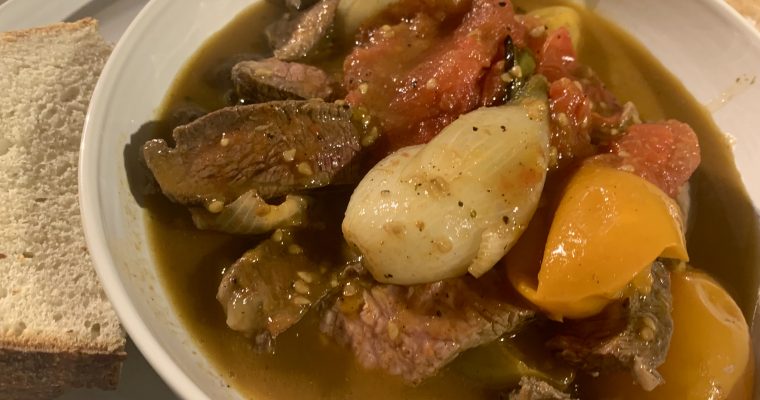 I like Nigel Slater’s recipes. They’re invariably uncomplicated, straightforward and tasty. I have a good few of his books, so for this meal I opted for Eat: The Little Book of Fast Food. The inside cover describes this book as: Just straightforward, delicious cooking.For the… 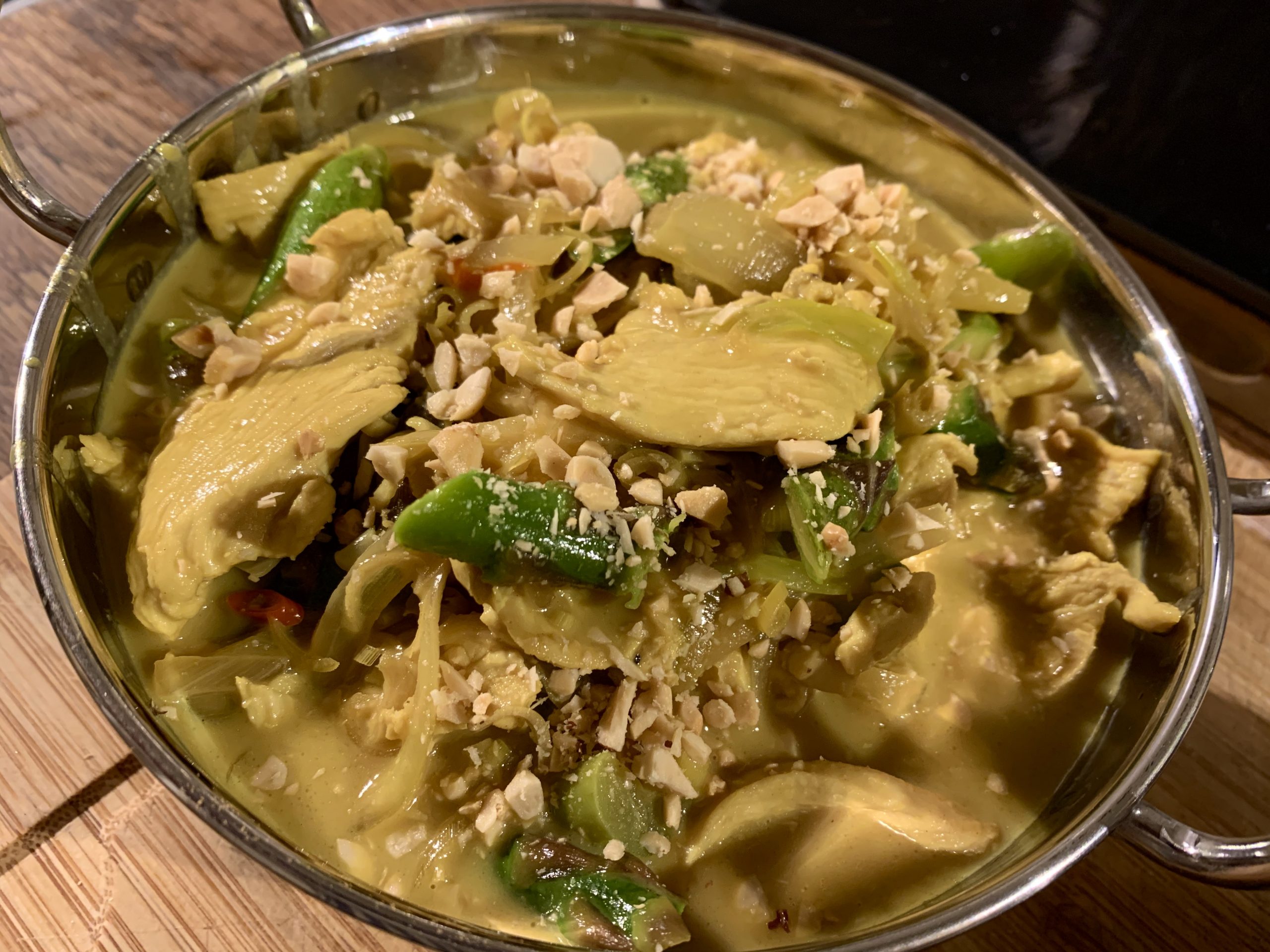 I have no recollection whatsoever of buying Blue Ginger, but I clearly did. Flicking through it, it’s easy to see why I picked it up – it’s packed full of delicious-sounding Asian-style recipes. Published in 2004, it’s sat forgotten on a bookshelf for many years now. I’m pretty sure I’ve not cooked a single thing out of this book. That will now change.

Blue Ginger is (or at least was – it’s not clear if it’s still around) the name of the author Les Huynh’s restaurant in Sydney.

There’s so much here that sounds good, it’s hard to choose. I eventually home in on two chicken dishes that I fancy – Rendang Chicken Curry and Wok-fried Vietnamese Turmeric Chicken with Coconut Milk and Asparagus. But which one to choose? It’s too hard, I can’t pick just one of them. I decide to make them both.

OK, they’re both chicken dishes, both with coconut. I guess I could have picked two slightly more diverse things, but this is what I’m going with.

I start with the rendang. I’ve made rendang before – usually with beef or duck, but I’ve never made it with chicken. All the recipes I’ve used before involve reducing it down slowly over several hours. This one claims 40 minutes. Let’s see.

“Long red chillies” is a little vague. I have a very healthy selection of dried chillies in my cupboard and have a rummage through. I select a Thai variety – Prik Chee Fah. I soak them in hot water for a few minutes to soften, then remove the stems and seeds.

The galangal comes out of a jar – fresh galangal isn’t something you often see round these parts, even without the additional complications of being in the middle of a pandemic.

Next, the book tells me to pound all the ingredients in a mortar and pestle to a fine paste. Naturally, I reach for the food processor.

With the paste made, I assemble the rest of the ingredients.

I can’t get shredded coconut, so I have sliced. I put some on a tray and toast it in the oven for a few minutes. Well, I say a few minutes. I got distracted. By the time I check them, they’re a little on the well-done side.

I taste a piece. It’s not pleasant. OK, into the bin and toast a fresh batch. This time I don’t take my eyes off it for a second. After about two minutes, it’s nicely toasted.

I boil the coconut cream in a saucepan for about 5 – 10 minutes until the oil separates, then add the paste and cook for another 10 minutes.

Next, the toasted coconut, coconut milk, lime leaves, coriander and turmeric and cook gently for another five minutes. Finally, the chicken, sugar, fish sauce and a pinch of salt is added, and I leave it to simmer gently and reduce.

While that’s cooking, I move on to the other dish.

I start by combining the chicken, garlic, onion, lemon grass and chilli in a bowl, mixing them well.

Then stir fry in small batches for a minute or two until cooked.

At this point, I check the rendang. Still not reduced enough, so I wait a little until it’s done – about another half hour or so. That 40 minutes thing was clearly a little optimistic.

After a brief pause, I finish off the Vietnamese chicken. I put all the chicken back in the wok with the coconut milk and the asparagus and simmer gently for a minute, then add the fish sauce, oyster sauce, sugar, turmeric and a pinch of salt and cook for a few more minutes until the asparagus is tender.

And we’re ready to serve. The recipe wants me to top the Vietnamese chicken with some deep-fried Thai basil leaves, but I don’t have any. I toy with the idea of using regular basil, but decide it’s just too much effort and skip that. I do sprinkle some chopped peanuts over it though. The rendang, I garnish with a little more toasted coconut, and then serve everything with some plain rice.

And the verdict? Both dishes were absolutely outstanding. We both loved them. They may have been two “chicken and coconut” recipes, but they were very, very different. The rendang was rich and unctuous, the asparagus dish was lighter and fresher. I’ve very pleased I finally cracked open this book. It’s definitely another one to put on the list to use again.

Meals, Nothing But Books, Recipes
-
by dopiaza
-
0 Comments 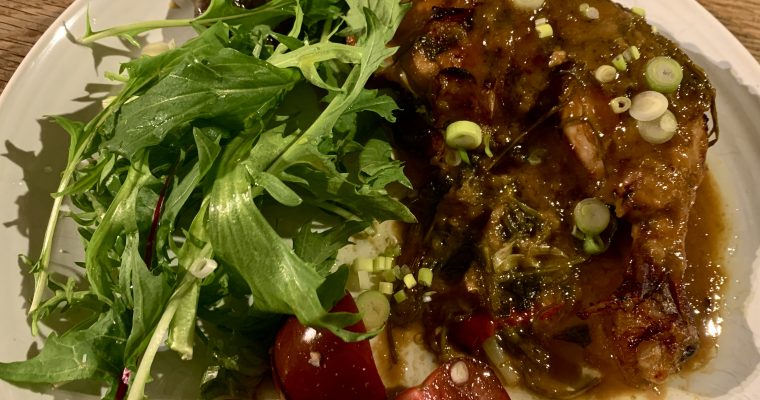 Chicken with Miso, Ginger and Lime

Yotam Ottolenghi is well represented in my cookery library; I have a good few of his books. In fact I think I have all but one of them. For some reason I never got around to buying Plenty. I should probably do something about that.…

Meals, Nothing But Books, Recipes
-
by dopiaza
-
0 Comments 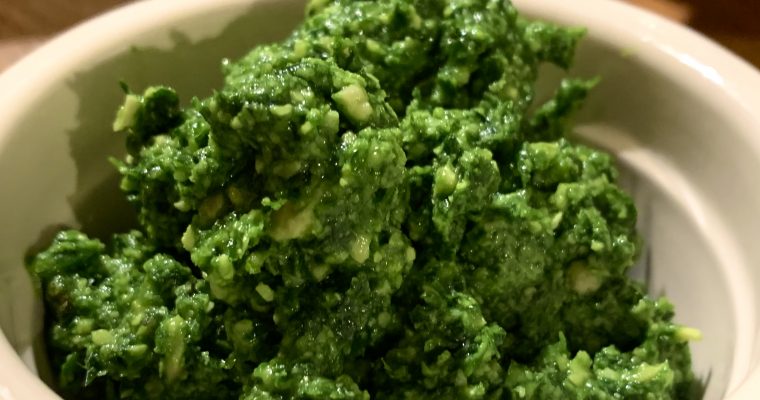 It’s wild garlic season – one of the most delicious free foods you could imagine. We’re lucky to have two decent sized patches of it in the garden, and so I love this time of year. I regularly pick the leaves and add them to… 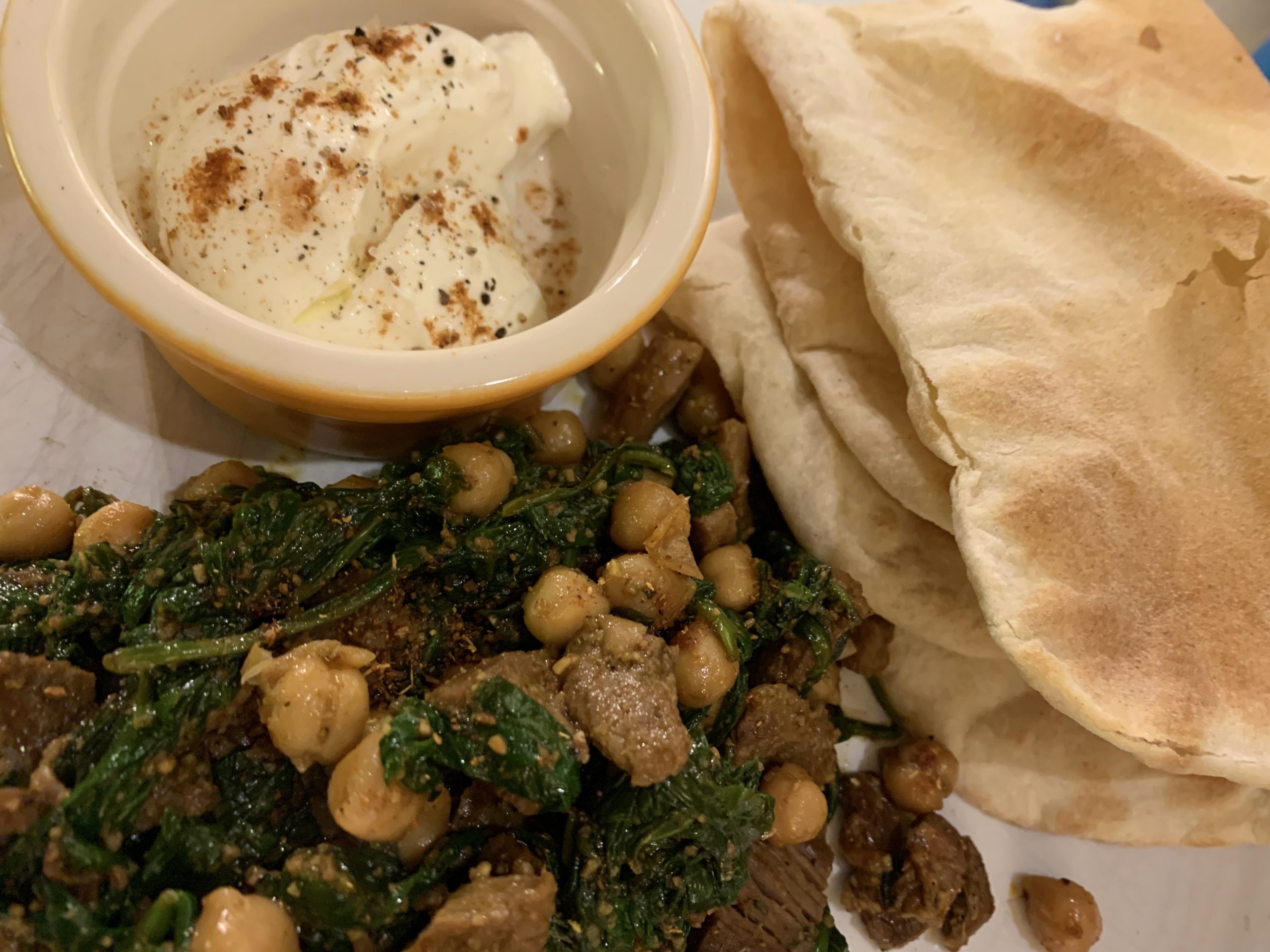 Hugh’s Three Good Things takes a very simple premise – make a dish using just three ingredients – and produces a large array of very tasty looking recipes. Of course, the three ingredients thing is a bit of a cheat – pretty much all the recipes list more than that, but they’re typically flavourings – herbs, spices, seasonings and so on.

We have some leftover roast leg of lamb in the fridge. I’d normally turn that into a shepherd’s pie, but I noticed a recipe in this book that looked like a good way to use some of it. The three ingredients are lamb, spinach, chickpeas. As well as those three, it also wants some merguez spices, garlic, lemon juice and salt and pepper. A total of fifteen ingredients. I guess Hugh’s Fifteen Good Things isn’t such a snappy title.

I start with the merguez spice mix.

I toast the seeds and peppercorns in a small frying pan for a minute or so, then put them in the grinder together with the paprika and cayenne, and blitz them to a powder.

Now the rest of the ingredients.

For the spinach, Hugh says that if you’re using large leaf spinach, you need to cook it first in some boiling water for a minute or two. I have baby leaf that came in the veg box last week, so I don’t need to do that.

I heat 1 tablespoon of the olive oil in a large pan and fry the lamb strips gently for a few minutes until they brown. Then, I add the spinach, a handful at a time, letting each batch wilt a little before adding the next.

Next, I add the rest of the olive oil, the garlic, the chickpeas and 1 tablespoon of the spice mix, together with a little salt and pepper.

Finally, I add the juice of half a lemon, and taste. It definitely needs a little more spice, so I add another half-tablespoon or so of the merguez mix and stir it through.

I’ve made some flatbreads to go with this, and serve with some plain yoghurt, sprinkled with a little salt, pepper and some of the spice mix.

It’s good. Very tasty, and the flavours all work well together. A resounding hit. I’ll definitely remember this one next time I have some leftover lamb. 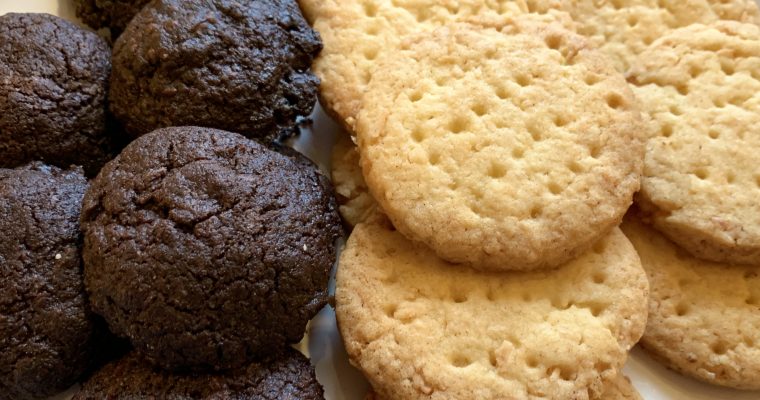 Sue wanted biscuits. In fact she demanded biscuits. She even went out as far as digging out the cookery book and leaving it open in the kitchen with a post-it note stuck on the page saying Make these with a large arrow pointing to the…

Baking, Books, Nothing But Books, Recipes
-
by dopiaza
-
1 Comment 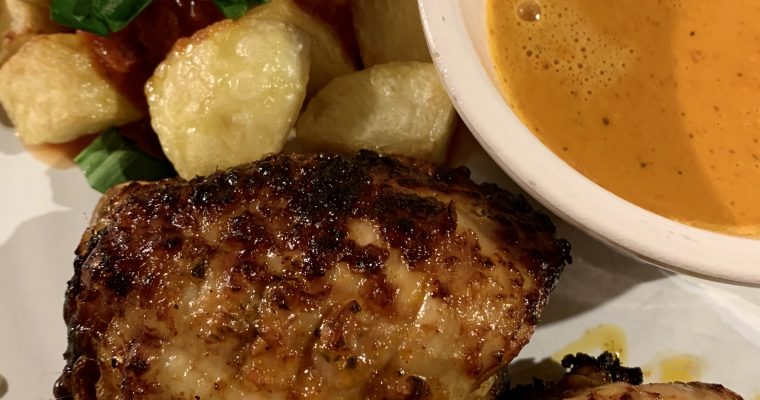 I was looking for a recipe to make use of some chicken I had. I found quite a few things that I liked the sound of, but there always seemed to be a key ingredient that I didn’t have to hand. Then I picked up…